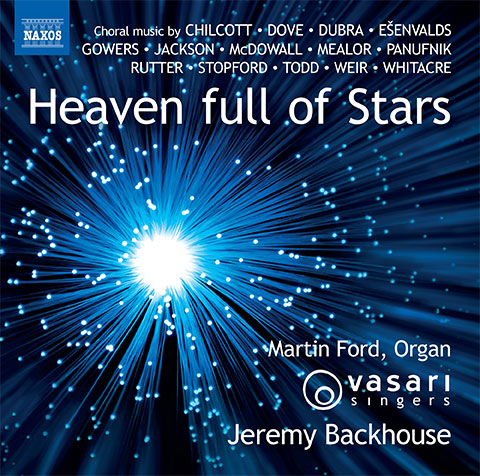 Contemporary sacred choral music has been central to the repertoire of Vasari Singers throughout its existence, and to mark its 40th anniversary it has selected a sequence of anthems, mostly with starbased themes, the vast majority of which are by living composers. The rich variety to be heard reflects the choirs commitment to the genre, whether in the ecstasy of riks Eenvalds, the serenity of Jonathan Dove, the shimmering harmonies of Eric Whitacre, or the ethereal beauties of Paul Mealor.